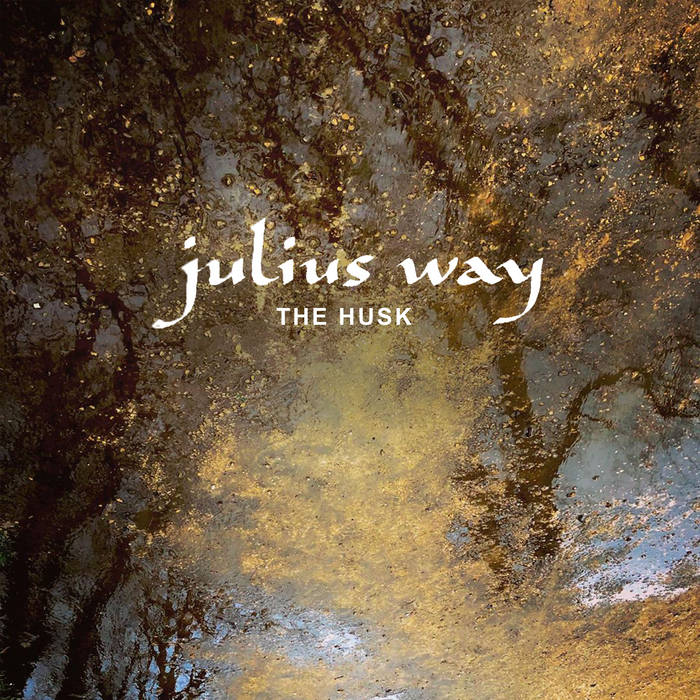 “I present to you THE HUSK.
The title was born from an interview with Stephen Jenkinson on the London Real podcast where he was asked about how he had learned and developed over the years. His response was that he felt more and more like an empty husk that had been withered down over time, with not much left to it when all was said and done. I identified with this idea, and it felt appropriate for my experience of making music.
I often feel that, in the process of writing and recording an album, I am burning off some part of me in the expression of it. At first I discover it, the experience of being alive in a particular way is new, the song is written. And as it is formed and put out into the world, by the end of the process I feel that experience of life is no longer part of me. I conceived it and then pushed it out of my body and being, to exist in an externalised format.
Something has moved through me. There is a sense of anticipation about how I might have expanded, learnt and grown in the process. But the experience afterwards is notably different in reality. I feel lighter, more free, but with less content. I am more of an empty space. Whatever was burnt off was not replaced by a more sophisticated version of me, but a more refined one. There is still the experience of life, but with a bit less clutter, a few less stories around it. Just life happening. Like life has moved through me, the creation of the album was the life event happening itself, after it is done, the canvas is a little more blank. There is a little less content less to say, a little less for this life to express until all that remains is an empty husk.
It’s doesn’t feel as bleak as it might sound. It’s just a bit of a paradoxical turning on its head from what I might have expected - that things would feel deeper, richer, more full. Instead I experience more space, more emptiness, more mystery.
The album is an expression of the drama that plays out on the way toward arriving at that space and mystery. Not that this is a goal in mind, quite the opposite in a way. The goal seems to be a reaching for a story, to become something, to be something. The music is the expression of the journey of reaching for that and everything that happens along the way: the drama, the excitement, the disappointment, and ultimately the letting go. And the empty space I arrive in after it all.
So the album is the telling of this story, an ephemeral flash captured and solidified. The music is no longer in me or coming through me, it is out there, alive in its own right. No longer mine to birth, but its own entity to be.
On a practical level: I had the first of these songs come to me by a fire while camping in Dartmoor in September 2017, just as I was finishing the previous album Creature of the Dark. A bunch more songs arrived while I was travelling over south-east Asia in 2018 and then as I landed in Somerset after. I began recording in Frome late 2018 and the album was then put together in various houses while looking after other people’s dogs and cats across Somerset. A cancelled trip to Japan due to coronavirus meant I had more time to focus on the album and ultimately finish it in Buckland Dinham on a farm house where we also recorded the video for “One” on the daily dog-walk.
I hope this music brings you something rich. It has been my pleasure to be part of its creation.”
Matthew Adams, August 2020

Julius Way began while busking up in Aberdeen. Since then his recording locations have included a derelict ex-home for the blind with an empty swimming pool, in a chalet up a mountain in the alps, a snowed-in winter in the thick of Dartmoor while dog-sitting, and an apartment in the heart of Montmartre, Paris.

Bandcamp Daily  your guide to the world of Bandcamp